NY’s 1OAK puts up the velvet rope in Vegas 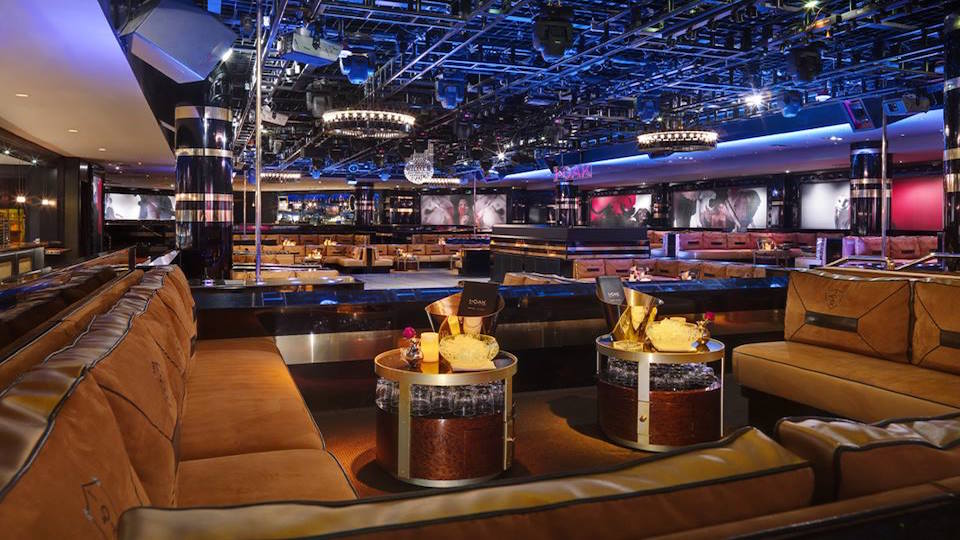 1OAK defined a nightlife moment of NYC party-culture with its notoriously tough door and epic weekends that lured tabloid and movie stars. Now the club makes its way west, to Las Vegas where it teams up with The Light Group that operates clubs like Bank, Caramel Lounge and HAZE. Collaborating with NY's The Butter Group that own 1OAK and Butter; the new club finds its home in The Mirage offering one of the city's sexiest new dance spaces in ages with all-new look that may surprise locals. Designed by Munge Leung, designers of Toronto's AME and Trattoria Mercato, the space mixes a modern design aesthetic over two separate rooms with heavy industrial influences that lend a rustic but polished vibe. Much like the club you'd wait a hour to get into in NYC even when on the guest list, the space is refreshingly free of tufted-leather couches and gas fireplaces and instead infusess '20s inspired French chairs and art installations by Roy Nachum to bring a posh pedigree to the Las Vegas nightlife circuit.

Its New Year’s Eve opening featured glam hip-hop songstress Fergie hosting a midnight countdown with live performance that was one of the hottest tickets in town, priced from $150 for general admission and from $3,000 for bottle service.

NYC’s epic 1OAK makes its debut inside the Mirage for 2-room VIP venue to take on local nightlife heavyweights like LAX, TAO and Surrender.