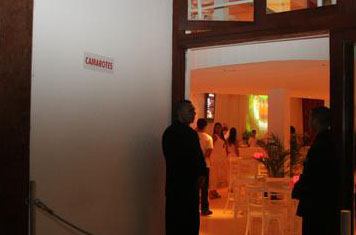 It's slowly becoming the St. Tropez of Brazil, Buzios is a thriving beach resort located 120-miles from Rio where Pacha has debuted its latest outpost. The indoor-outdoor club is a mammoth, located on the shores of one of the city's prettiest seaside coves to deliver deafening trance music to a cult-like following that spend their nights dancing amongst a strobe light and fog heaven. The crowd is surprisingly varies for the usually 20-something club with dancers of all age relishing in top-notch spins from deejays like Da Cat and Rolando Ferrari. <br /><br />Unbeknown to many Pacha-addicts, the club actually began in the Spanish seaside town of Sitges in 1967. Club founder Ricardo Urgell was inspired by the all-night love affair many Mediterranean residents had with dancing and the new sounds of electronica being created in the region. The club was an immediate success and soon spread to numerous franchise locations throughout Eastern Spain's Catalan region. It wasn't until 1973 that Ibiza was garnished with its epic club that has since ruled the island's nightlife scene with cutting edge deejays and theme parties. Today the club has outposts in over eleven countries and expanding to include a restaurant and hotel empire for the truest electronic revelers. <br />

Pacha is not for the faint of heart. The dance party starts late, around midnight but doesn’t really get going till 2am, roaring through the night and early morning sunrise.