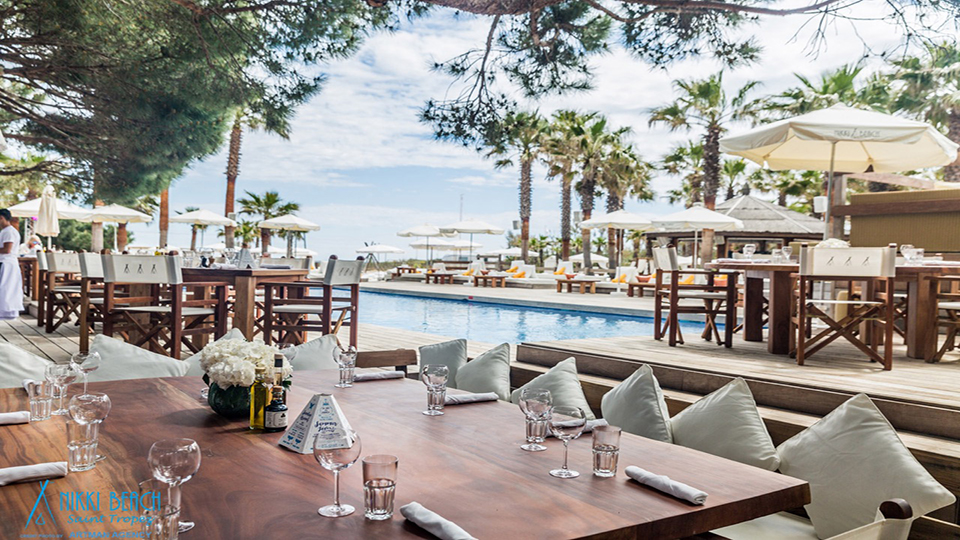 One of the sexiest beaches in France is neither on the beach or even French. A child of the infamous Nikki Beach in Miami, Nikki St Tropez boasts an poolside beach environment of fine dining, first class boozing and some of the sexiest flirting in the world. Popular with the late-day party crowd, the club pays tribute to hip-hop culture with a sultry atmosphere of cocktail lounging and poolside entertainment. In helicopters, Bentleys and on their yachts, guests come looking for the eye candy St Tropez is now synonymous. Nikki Beach is located off the beach about a 500-feet inland, a decent enough distance given the scalding hot sand in summer. The club offers loungers as well as poolside beds for an additional fee. Diners invade the space at dusk as party revelers invade once the sun has gone down-around 10PM during the summer.

The perfect place to spend the late afternoon baking and boozing while meeting some of the sexiest bodies in the world.

Sexy heiresses lying topless with their mom and dad as men walk by wearing their tightest briefs and boardshorts. Nikki Beach attracts a younger and sexier scene than its competitors La Voile Rouge and Club 55, but at the same time gives off more of an American-vibe than one wants in the South of French. Great for singles and serious party-types, Nikki Beach suits the seaside needs of bling culture.

Summertime supper and dance club by owners of Le Papagayo