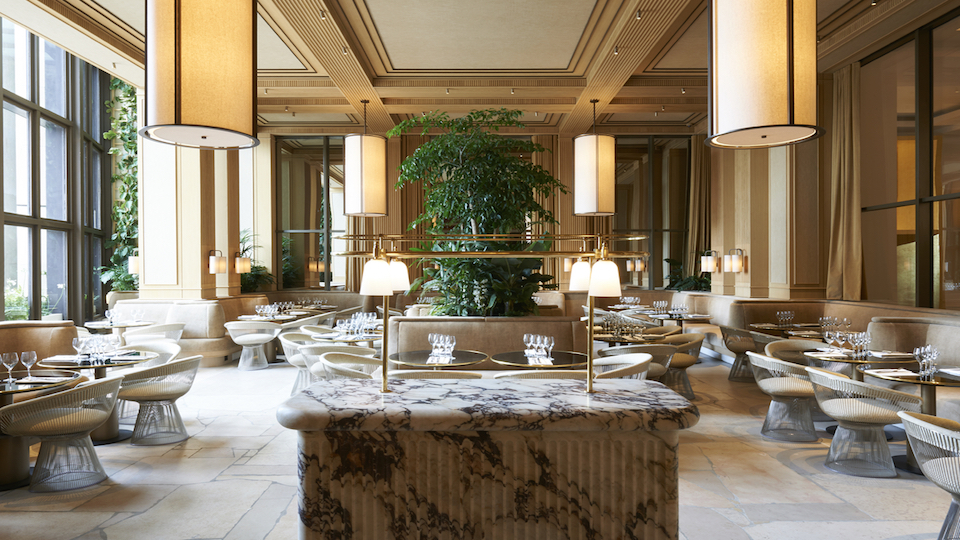 As the year swings into the holiday months, cities beckon with fresh new restaurant and nightlife offerings around the globe. In Miami, a ramp-up to Art Basel brings with it a spate of new restaurant openings from Moscow’s acclaimed Novikov to upcoming Bonci in Wynwood from the creator of Rome’s Pizzarium - widely considered the best pizza experience in the world. Also, don't miss out on the resurgence of Upper Buena Vista and spots like Vista, the latest Italian eatery by the Fratelli Milano owners. In Vegas, Britney Spears recently made headlines with her new deal at ParkMGM that makes her the highest paid performer in Vegas, which coincides nicely with the pricey new NoMad Bar penned by designer Jacques Garcia just off the new casino at NoMad Las Vegas (pictured) that features some of the costliest cocktails in Sin City. Need something flashier? Hold out for the latest installment of celeb-favored Catch opening later this month at Aria.

Forget Hollywood and Beverly Hills, it’s all about the fringe areas in new LA openings with SF's 2-star Michelin chef Daniel Patterson’s Adams Coffee Shop debuting in the very-urban West Adams in advance of his Alta eatery that hopes to bring culinary accolades south of Pico. Black Ship offers the culinary steward of Hinoki + Bird alum and the owners of Rosaline in a boutique Italian-influenced Japanese dining room and future speakeasy in West Hollywood. Also look for the LA-installment of The Manufactory within a 40,000 square foot space at Row DTLA with artesian bakery, all-day cafe and Alameda Supper Club. In NYC, D+D London transplants its Bluebird eatery to Columbus Circle Mall and Village Den that makes for healthy everyday dining with a sexy twist in the West Village. We also love the new Flatiron outpost of Kyma Greek eatery and won’t admit to our thrill at seeing the new Playboy Club that couldn't possibly have opened at a worse #MeToo moment in time.

Exploring London's emerging food scene, we love the fired foods at Fitzrovia's Rovi and more playful Brat - Chef Tomos Parry’s Spanish-inspired bar and grill in Shoreditch. Paris is a bit posher, especially at new Girafe that is the latest prodigy of the Lou Lou, Monsieur Blue empire with stunning interior and terrace overlooking the Eifel Tower. In Moscow, the Patriarch's Ponds neighborhood becomes even more gilded with Masters & Margaritas with its lively brasserie feel followed up by LSBwith its mixology bar that’s sweeter than anything. In Barcelona, we can’t get enough of Pur, the latest eatery by Michelin-starred Nandu Jubany and his stage-like tapas kitchen that sits on display in the center of the restaurant and its basement cocktail bar Impur that’s not to be missed.