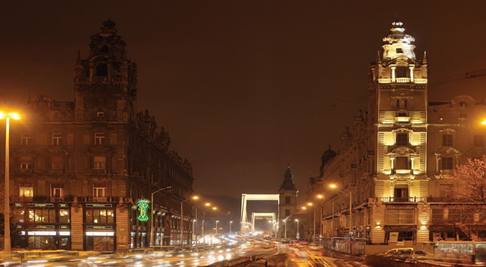 When it opens in the summer of 2011, The Buddha-Bar Hotel Budapest will mark the end of a long dry spell for local hospitality that hasn't seen much action since the opening of the Four Seasons Gresham Palace in 2004. Even if it's been a long time since you slid one of their lounge discs into a CD player or frequented their Paris bar, Buddha Bar is still roaring and has been on an inquisition starting in Prague to become a recognizable luxury hotel brand. Part Costes with more of a W crowd, The Buddha-Bar Hotel Budapest will occupy the renovated-Klotild Palace built in 1900 as a palace for Hapsburg kin now in the middle of the city's commercial core and essentially walking distance to every end of the city.  Inside the Klotild Palace, REV Architecture Paris and the guys visually behind the original Buddha Bar Paris have transformed the sizable property with truly impressive destination spa, lobby lounge with café and rooftop outpost of Buddha Bar signature restaurant contained within the building's glass dome.

A sizeable property of 102 guestrooms of truly five star luxury amenities features a variety of Superior, Executive Rooms and Suites that aim to compete on the level of Four Season’s for the party minded and stylishly inclined. Expect Eastern-inspired interiors ad a Parisian flair albeit with plenty of mood music, ambient lighting and Buddha statues. Integrated wall units conceal closets and mini-bar behind well-design cabinets amongst a room layout of dark hardwood flooring and platform-style beds. Open plan bathrooms include freestanding bathtubs and rain showers not so hidden behind walls of glass.